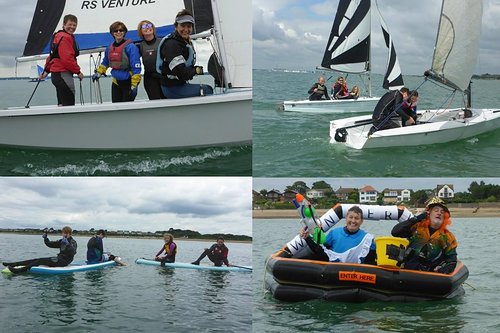 Seafarers Sailing Club is a small, friendly club formed in 1961 to encourage the sport of dinghy sailing by the provision of racing, cruising and training. The clubhouse is situated on the Solent between Hill Head and Lee-on-Solent overlooking the Isle of Wight. The Club has approximately 140 paying members. As the majority have "family" membership, the number of people entitled to use our facilities is around 300. There are approximately 140 boat spaces in the compound which is usually just sufficient to meet members' demands.

Seafarers is fortunate in its location. The compound is within a public car park where parking is, for now, free. There is a public slipway close to the Club's compound giving access to the beach. From there it is possible to launch and retrieve boats at all states of the tide. The proviso is that, when launching or retrieving a boat at low tide, there is an expanse of beach and an inclined slipway to negotiate. A ridge of soft shingle is often present across the slipway making it difficult to pull up heavy dinghies and the Club's RIBs. The Club uses a small tractor to recover boats from the beach to the top of the slipway.

The Club is committed to providing "affordable" access to sailing; membership fees are usually the lowest in the area. This is achieved through an ethos of self-help. The Club occupied its present site in 1974. During 1975 a small, temporary clubhouse was built. Construction was almost totally DIY to keep the cost down. Significant rebuilds occurred in 1984, 1990, 2000 and 2008. In all of these, members carrying out most of the work - skilled and un-skilled helped keep costs to a minimum. The Club has no employees; members carry out all routine maintenance of buildings, boats and the tractor.

The Club holds races every Saturday afternoon and Sunday morning during the sailing season which runs from the beginning of April to the end of October. During the summer, when nights are longer, there are also races on Thursday evenings. The sailing programme includes about a dozen cruises each year. The destination is often to the Isle of Wight to one of the several pubs near the shoreline. One of the cruises involves an overnight camp. This is very popular with Cadet members. In addition to the programmed cruises there is often a midweek cruise for our retired or non-working members.

A duty crew comprising an Officer of the Day, Deputy Officer of the Day, Driver and Crew for the Patrol Boat, a Tractor Driver plus three or four other members, runs each race. It is an important responsibility of Club membership that, five times each year, each member must attend as part of a duty crew. The only other significant responsibility concerns payment of fees (see Membership page).

The Club currently operates two RIBs (Rigid Inflatables Boats) with outboard motors which are used as Patrol Boats. The Club also owns a number of dinghies, which are primarily for training and encouraging new and novice sailors to develop their sailing, while building their confidence before purchasing their own boat. However, they are also available for occasional use by suitably qualified and/or experienced members for cruising and/or racing. Another major asset is the tractor, which is driven by trained members to assist with the launch and recovery of boats and enables club sailing at any state of the tide. 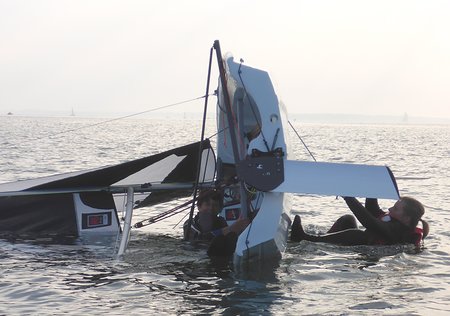 The Club is an RYA Training Centre. Training expenses are kept to a minimum by making full use of experienced members, and their boats, as an integral part of our training programme. Each season we run two Start Sailing/Basic Skills courses for beginners, one in the Spring the second in the Summer. The Spring Course is run over a couple of Tuesday evenings in May and then the late May Bank Holiday week. The Summer Course is run during school term times on Saturday mornings from mid June to the end of August. We also run a more advanced course to enable our more experienced members to extend their skills and qualifications. The Club also trains its own Patrol Boat crews. 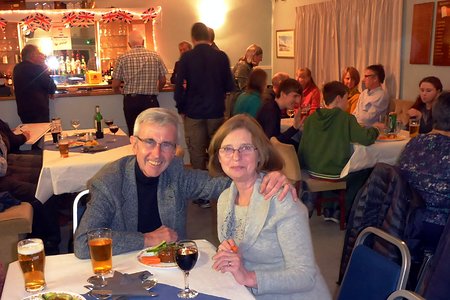 The Club does not have a "social-only" membership category. Nevertheless we have a busy social programme with activities being held about once a month. Past events include formal dinners, barbecues, skittle evenings, American suppers, and ploughman's lunches. The clubhouse and bar are open on Tuesday evenings throughout the year. The bar also opens at lunchtime each Sunday during the sailing season and on the first Sunday of each month over the winter. The Club also competes with other local sailing clubs in darts and snooker competitions.

As boat space is at a premium, members are not allowed to berth multi-hulls or any dinghy with an overall length greater than 5 metres in the compound. Despite this a wide variety of traditional and modern designs are sailed including Mirror, Topaz, Laser (4.7 to 2000), RS (Feva to 600), Wayfarer, ISO and Buzz. At present, the most prolific classes are the Laser, the Wayfarer and the Solo.

Seafarers Sailing Club's landlord is Fareham Borough Council (FBC). Through its Management Committee, SSC works hard to maintain a good relationship with the Council and, more widely, to contribute positively to the local community. FBC has been kind enough to support our endeavours through the provision of grants and equally we have supported their Access All Areas (AAA) summer activities by offering a day of free sailing to local children. SSC also liaises closely with FBC over efforts to keep the public slipway clear of shingle. This is inevitably resource constrained and, of course, subject to the challenges of the British weather. There is no easy solution but it is important that we continue to work together to optimise the utility of the slipway that we absolutely rely upon.